CNC Motion Control: Everything You Need to Know 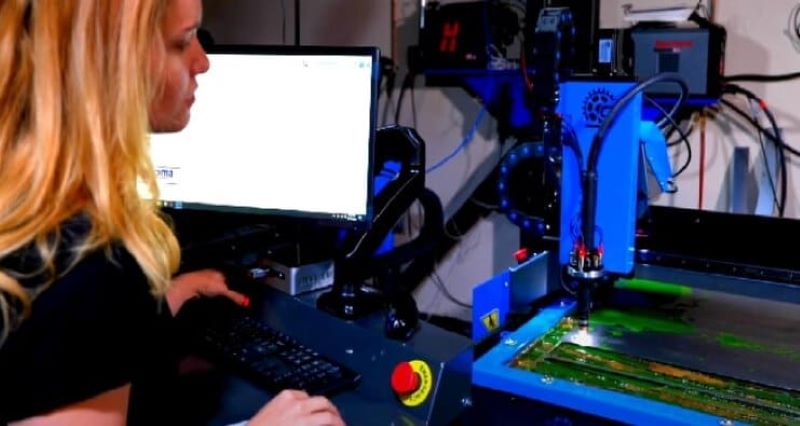 Motion control is an important aspect of industrial robots and plasma CNC machines. In the old days, CNC positioning was controlled by a hand crank, requiring physical interaction by the engineer. Now, operators rely on motion control to streamline the moving process. Read on to learn more about CNC motion control, its uses, and the types available.

What is CNC Motion Control?

Computerized numerical control, or CNC machining, is computerized manufacturing that utilizes pre-programmed software to control manufacturing equipment. Machine-controlled manufacturing devices are intrinsically more precise and consistent than the same processes performed by hand. They can include anything from lathes and milling machines to plasma cutters or grinders, and they are meant to remove the human element from the dangers of the manufacturing process.

These machines are designed to move the manufactured object along two axes known as:

These axes and the motion control programming allow it to be accurately carved, welded, or cut to any size or shape required. Precision means complicated, intricate shapes and angles are no problem, and the automated nature makes them uniform amongst multiple objects.

Motion controls have multiple benefits that make them a better option than the classic hand-operated movements of older machines. The most important of these benefits is that it eliminates any potential human error caused by the operator. While trained machine operators can work with great accuracy, there will always be a degree of unpredictability to it. Tiny deviations between each movement mean that no two pieces are cut exactly the same.

However, with pre-programmed motion controls, the computer can be relied upon to replicate the precise movements of each step perfectly. Every piece processed using a motion-controlled CNC machine will be exactly alike.

Another benefit of motion control is the speed at which it can produce pieces. Each CNC machine will be limited only by the motor’s speed. This means that every piece put into it will be cut, carved, and welded at the same speed, allowing for a predictable production rate.

As a result of these benefits, motion controls in CNC plasma cutting tables are used in many industries, including:

The Three Types of Motion Controls

The programmability of CNC machines means that there are almost unlimited potential applications and orientations possible. Amongst these are three main types of motion utilized by all CNC machines. These types are rapid, straight line, and circular motion.

All three of these types of motion have two main commonalities. First, they are modal. This means that their positional changes, once programmed, and directions will remain in place until they are changed. In programming terms, you can designate all movements after a single G-code command. The computer will read each motion according to the original command, maintaining consistency.

The second commonality is that you must specify each motion’s endpoint at the end of the commands. The computer will read the starting point as the machine’s current position.

With that in mind, let’s look at the three types of motion.

Also known as positioning motion, rapid motion is a command that makes the machine run at its fastest rate. This motion is commonly used to position the tool to and from cutting positions and move clear of obstructions such as clamps.

You can also use this motion for rest positions and to clear the tool from the cutting area when the work is done. Operators use it this way as it helps to reduce non-productive time during a cutting cycle. The quicker you move the tool when it is not in use, the sooner you can re-engage it in other work.

When rapid motion is used, the operator must always be cautious. The average speed of a CNC machine is very high, with some getting as fast as 1000 rpm, which can be very dangerous. Luckily, CNC machines offer an override command during rapid motion program verification in case of emergency.

As the name suggests, straight line motions move the tool in perfectly straight lines. Often straight-line motion is used whenever a cutting motion is required or for drilling and milling straight surfaces. Due to its accuracy, you can also use it when turning a straight diameter, face, or taper.

Circular motion movements are programmed as a means for generating a consistent radius during machining. The programming moves the tool according to a circular path, which smooths out the edges of the cut or mill.

Circular motions are programmed according to coordinates on the XY axis from the spindle’s vantage point. This means that the tool will be located at specific locations from the center of the product, as opposed to level with the machine’s axis. The feed rate specifications are made according to the same rules set in straight line motion per minute or revolution.

Motion control is a logical step in improving the quality and consistency of CNC machining. These motions may seem complicated, but the right know-how will improve CNC-based production outputs. Reliable engineers can only do so much in a set period. Being able to program the machine according to specific schematics is ideal for fast production.