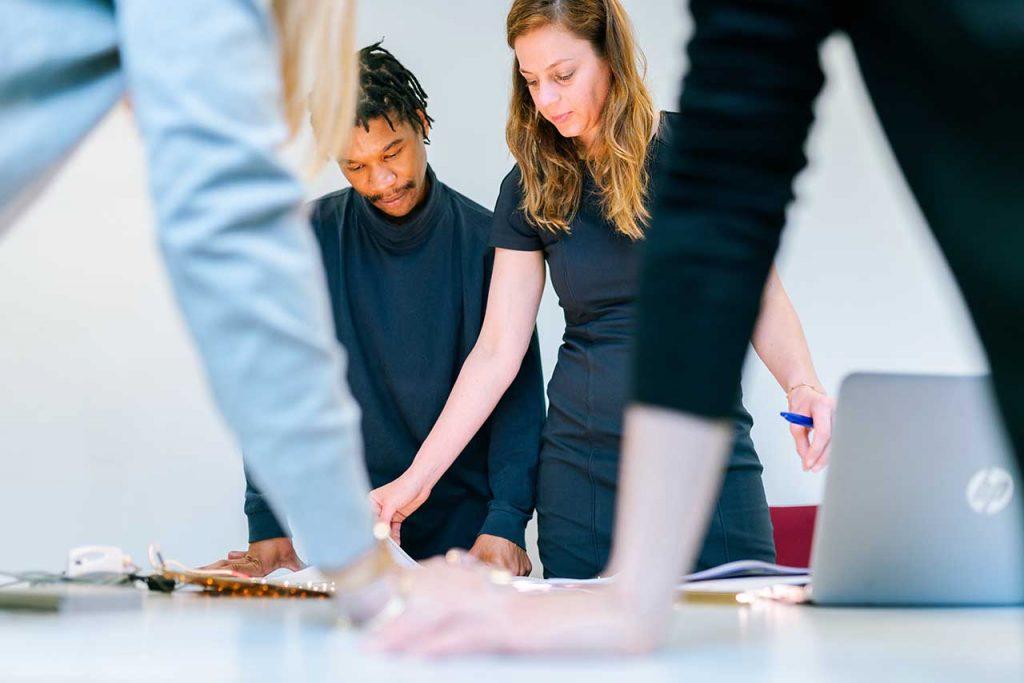 If you’re new to the CNC machining world, you’re likely to come across jargon that leaves you puzzled and confused. Like other technical fields, the CNC niche wields its own unique set of jargon and acronyms widely used around the flow shop. Comprehending the terminology is crucial, so we’ve created easy-to-understand definitions for the most popular CNC machining jargon used today.

Check out this glossary for explanations of various CNC terms used by pro machinists.

Axis: The plane of motion along which the tool moves to cut the metal. Most CNC systems have three axes: the x-axis, the y-axis, and the z-axis.

Annealing: The controlled cooling cycles and heat treatments of the metal to make it easier to work with.

CAD: Acronym for computer-aided design. CAD programs are used to digitally create a part that can be 3D printed, rendered, or milled.

CAM: Acronym for computer-aided manufacturing, CAM is the software used to control machine tools during the production of different parts.

Chatter: The unwanted vibrations that occur while machining a part. Chatter causes include incorrect speeds and feeds, dull tools, and too much tool stick-out.

Conversational: A machining interface for very simple operations. It’s managed at the controller and doesn’t require CAM or CAD.

Depth of Cut: The amount of material removed with each pass of the cutting tool.

DXF: Short for Drawing Exchange Format. It’s a CAD data file format that exchanges and uses information between AutoCAD and other software.

Dross: The thermal cutting process that produces molten waste. It can be harder or easier to remove depending on the process, and may solidify at the top or bottom of the plate.

Feeds and Speeds: The calculation done to identify the best way to cut through a workpiece. The machinist needs to adjust these according to the material’s hardness and the surface finish they are aiming for.

Fixturing: A term used for the structure or apparatus that’s holding your workpiece. It is often custom-made to properly hold a specific part.

G-code: The coding language that a CNC controller reads to maneuver the speed, movement, and other functions of the machine.

Hardness: The material’s resistance to deformation caused by mechanical abrasion or indentation.

HAZ: Short for heat-affected zone, the area on the material where its properties and micro-structure are altered due to heat intensive cutting.

Kerf: The width of the cut that a plasma arc makes in a piece of metal as it cuts through it.

Nesting: The laying out of a cut’s patterns to minimize the waste produced in a project. It allows machinists to produce more pieces without discarding more sheets of material.

Oxy-fuel: The cutting process where the material is preheated to the point that a high-power torch can direct a stream of oxygen through it to burn it away.

Post processor: Software used to translate a CAM file into the control code for a specific machine. CNC controllers may run on standard G-codes, but the dialect of control codes is different for every controller.

Plasma: Hot ionized gas, which is sometimes referred to as the fourth state of matter.

Plasma cutting: The process used to cut metals with high precision. It involves forcing gas through a nozzle along with an electric arc that turns some of that gas into plasma, which is hot enough to melt the workpiece.

Quill: Lowers and raises the spindle cartridge using a pinion and rack.

Runout: The concentricity of a cutting tool in relation to the spindle spinning it. A tool with a high runout is less likely to stay true to the programmed tool pathways.

Spindle: Holds all the individual components together in the CNC process. It rotates on the axis that receives instructions from the CNC controller.

Toolholding: Apparatus meant to hold cutting tools or bits. It’s secured to your table on a lathe but is the element that spins on a mill.

Torch: Part of the plasma system that an operator uses to perform the actual cutting.

Tolerance: A given specification or deviation on a certain dimension. Factors like machining strategy, temperature and material can significantly influence a tolerance.

Thread mill: Cutters used in CNC milling to develop external and internal threads in a workpiece.

Thou: A machinist term for a unit of measurement equaling a thousandth of an inch (or 0.001”)

Water table: The surface where fumes or particles are pushed into the water, so none are present in the atmosphere.

WCS: Short for work coordinate system, WCS informs CNC where a part is oriented or positioned inside the machine. It uses the XYZ axis orientation to determine the part’s location.

If you have further questions about CNC machining, get in touch with us today.